I don’t know about you but I do love a good burger. I’ve had lots in my time but often my much anticipated meaty loveliness leaves me feeling let down. Whether it’s size or taste or general standard I’m often left disappointed.

Not so with Smoque grill of Queens Park in Brighton. I should start by saying that no one I’d spoken to had heard of these guys, despite the fact that hungryhouse rated them number 9 in Britain for takeaway food!!

What do I think makes them special ?

Let’s start with the main event- the meat. These burgers are handmade on the premises, and are juicy, beautifully seasoned and passed my taste on their own test with flying colours. (You know how the pattie in some burgers just tastes of nothing) But more than just a great flavour these patties were generously portioned too,

But a burger is more than just about meat. My burger came on a brioche bun, that was made on the premises which is a HUGE thumbs up from me. The bun itself was fresh and as brioche as you could get and the gentle sweetness was a great foil to the meatiness of the burger. Smoque take this pattie and roll combination to the next level however by the extras that come with each creation.

Options at Smoque are huge. Whether it’s beef, chicken, vegetarian or bean, Smoque has come up with a range of burgers to tackle most tastes. We had lots of different burgers delivered – the chicken burgers were made with real chicken fillet and the beanburgers actually made me think twice about not ordering one!!

So what about my burger?

I had the smoque southern B’east burger which came with 2 huge patties, smoked streaky bacon, real cheese, onion rings and homemade coleslaw as well as salad and BBQ sauce. It was divine and in all reality, with 2 huge meat patties and all of the above, was probably too much for me!!

I still ordered fries with mine which were the only real let down of the meal. There was nothing wrong with them but standard portion wasn’t huge (go large if chips are your thing) and they just reminded me of many other takeaways I’ve eaten from.

Smoque is not however just about burgers

Smoque offer a range of sides and starters that all sound divine and could certainly add that little extra to a meal. I’m sure I will sample these in good time but here is a quick rundown…

From meatballs in tomato sauce to garlic mushrooms or cheesy garlic bread as starters to wedges, onion rings or hash browns as an alternative to the previously mentioned fries, Smoque seems to have covered most bases. They even have a range if desserts, and the obligatory hagan daaz.

What’s more they have a range of gourmet burgers including some that sound like a three course meal and must look amazing, if a little too much food for me… 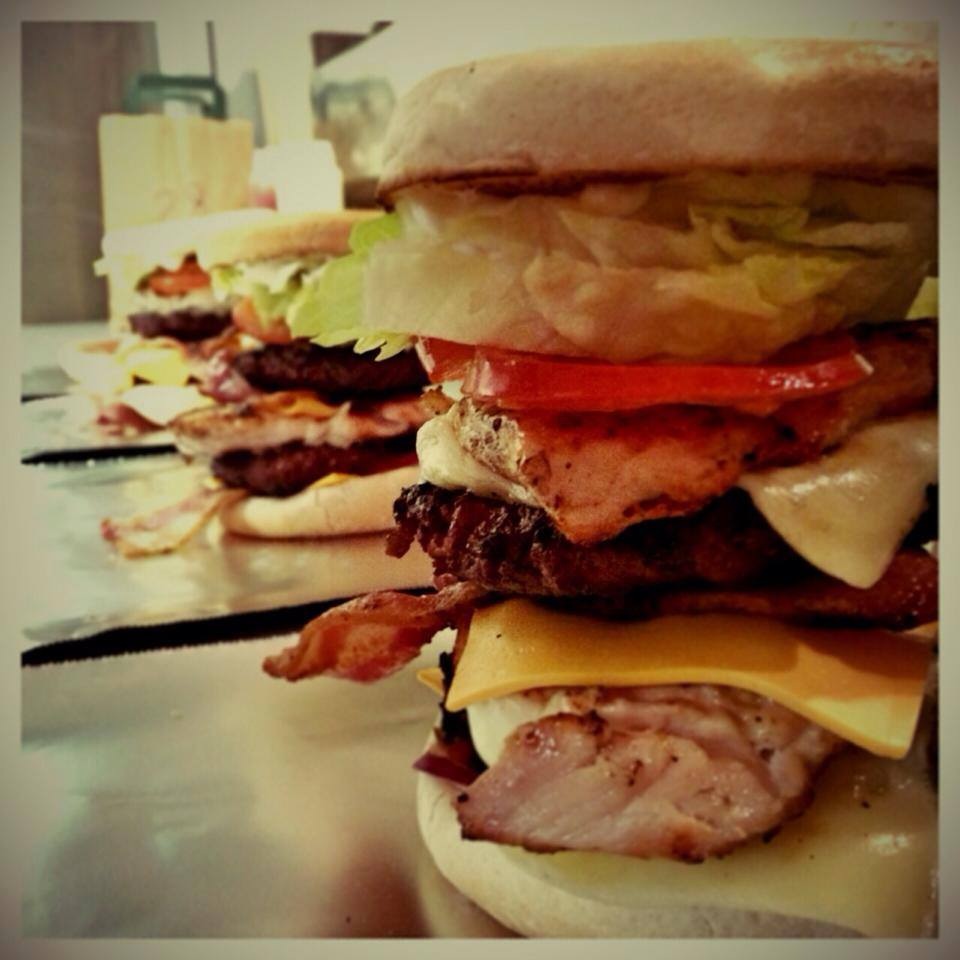 So what’s the verdict?

At less than £5 each for a single burger and just over £8 for the huge extreme challenger burger Smoque offers real value for money. What’s even better is that for less than a tenner you can have a meal deal with chips and drink too!! We had these delivered through hungryhouse and surprisingly for such a good takeaway the order arrived really quickly, well within half an hour.