I am 18 months post op and at the maintaining stage of my bariatric journey and this Christmas is the first time I’ve felt in control IN MY LIFE!!

Last Christmas, 6 months post op was a non-event as I had no interest in food and hated everything about the time of year I used to love, but I was ready for feeling this way and had prepared for it.

This Christmas I had my mojo back – and planned and prepped to enjoy every part of the Christmas foodie experience I used to love.

I’m lucky, this year it was just hubby and me (and 3 doggoes) and he was happy to go with whatever I planned, which meant I could feast around my bypass

Preparation is key here, I planned what and how we were going to eat in advance.

Throughout the Christmas period I kept a bowl of mixed nuts, and a bowl of olives and feta cheese on the go. This looked fabulous and staved off hunger pangs, helping me avoid my nemesis – crisps!! This also meant I was never thinking about being hungry!!

…was all about the nibbles, although I also spent the afternoon making my Christmas gammon (recipe elsewhere on the blog) which made the house smell amazing.

I planned a protein heavy mini buffet for hubby and I which we ate through the early afternoon and evening. I had chorizo in port, lemon and parsley king prawns and light fluffy mini frittatas. Hubby also had mini sausage rolls and everything I had LOL.

This sounds like a lot but in reality I had about 6 king prawns (frozen king prawns are your friend) 2 eggs made into frittatas with some pancetta and peppers and a quarter of a chorizo ring.

We had some mulled wine, and did share a bottle of fizz (I know, I know we don’t do fizz after surgery BUT I promised myself I would be honest in this blog so we are where we are.)

In terms of sweet stuff I had 2 cherry liquer chocolates and a mouthful of Black Forest gateau – and yes I know I’m lucky I don’t dump!!

So that’s it for Xmas eve, I was both tipsy and probably a little bit dumping by the end of the night so slept like a baby. My top tip for sweet stuff (AND THIS ISNT A GOOD THING) is to have it when you know it doesn’t matter if you fall asleep when you’ve had it,

So in order to make Christmas dinner work after bariatric surgery for me it becomes a 6 hour event in our house.

So after breakfast at 10am I waited till 2pm before our starter. This is a tradition which thankfully we don’t have to change and that’s dressed lobster (usually from Morrison’s but this year from M&S) on a bed of watercress…

This was literally NO work and was actually only a couple of mouthfuls of lobster meat and some watercress – with a squeeze of fresh lemon juice as a dressing. This was nicely filling and meant I was ready for a sit down. Hubby had the same with a couple of slices of brown bread and butter to keep him full till later!!

The main course was served at 5pm and was a traditional turkey dinner with all the trimmings, just on a much smaller scale for me.

I chose a pre prepped turkey breast joint from ASDA which wasn’t cheap but was well worth it as we had zero waste and very little effort (people that know me know that I usually make nigellas turkey bath bird so this was a departure). 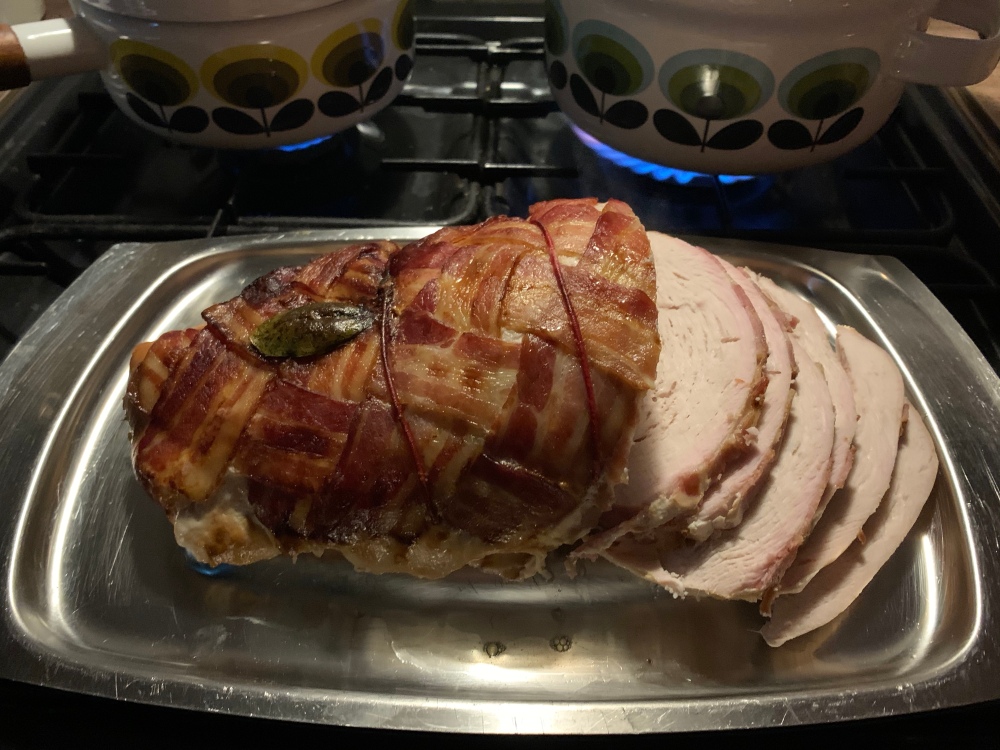 I served this with a couple of homemade pigs in blankets, roasties (mine were mini) stuffing (just a teaspoon) couple each of sprouts, chanteney carrots and sprouting broccoli and a tablespoon of cauliflower cheese (sainsburies frozen cauliflower cheese meant NO waste) all of this served on a side plate with a dollop of cranberry sauce and turkey gravy. 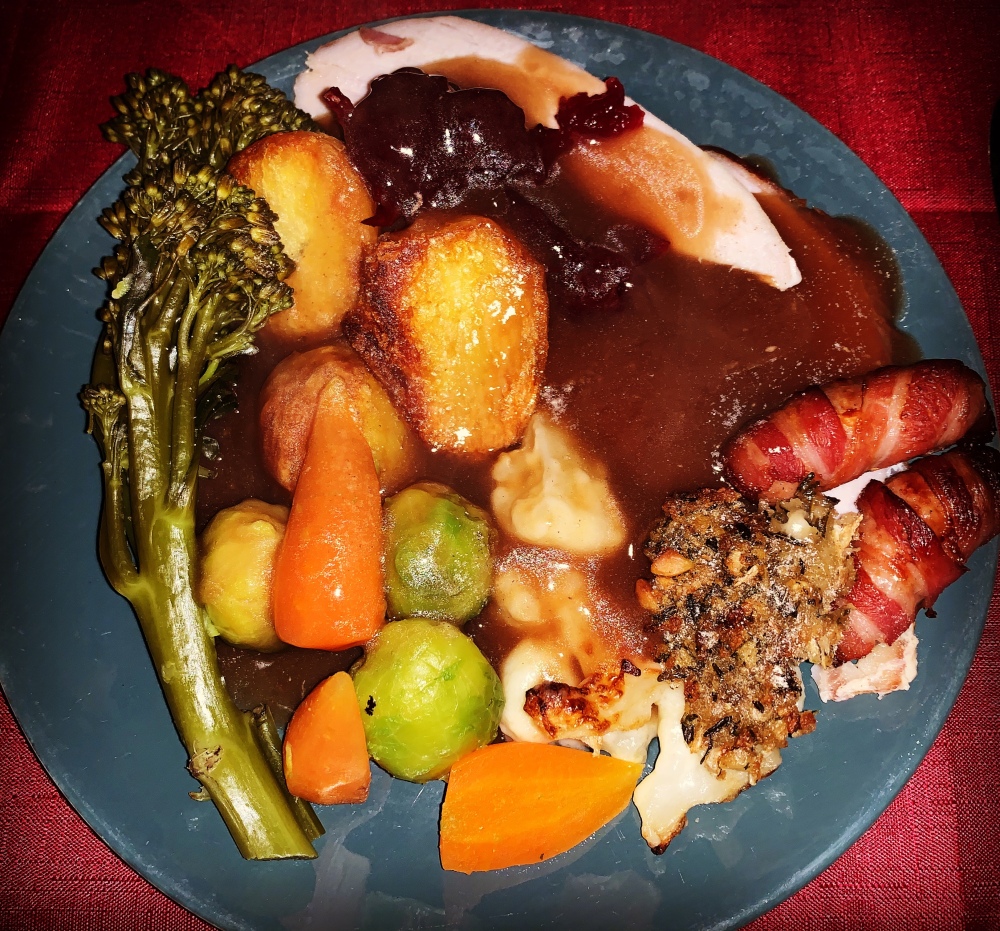 This was DIVINE but I was so ready for a nap after this so retired to the sofas and popped on a movie, thst I happily slept through!!

Around 8pm hubby was starting to get hungry again so I popped the Christmas pudding in the microwave and served him a huge bowl with pouring cream and brandy cream for him. I had a tablespoon of pudding with a dollop of brandy cream. I mixed it all up and enjoyed every mouthful.

For the rest of the day I nibbled on nuts if I felt like I needed something and did have a little Stilton and a couple of walnuts about 11pm with a tiny glass of port. Apart from the port I only had one small glass of Buck’s Fizz as we overdid it on Xmas eve.

Ok so Christmas Day was a blowout but Boxing Day has its traditions too. I had muesli for brekkie and nibbled on nuts until we had a late lunch which was the traditional turkey and ham sarnies with a knob of extra mature cheddar and pickled onions and a pig in a blanket!!

I took a while to eat this, having one half of each sarnie and then going back to it later. Again I smacked on nibbles and the cheese through the day but by the evening I was craving something healthy. Hubby had ham egg and chips and I had a ham, Stilton and walnut salad which was delicious. 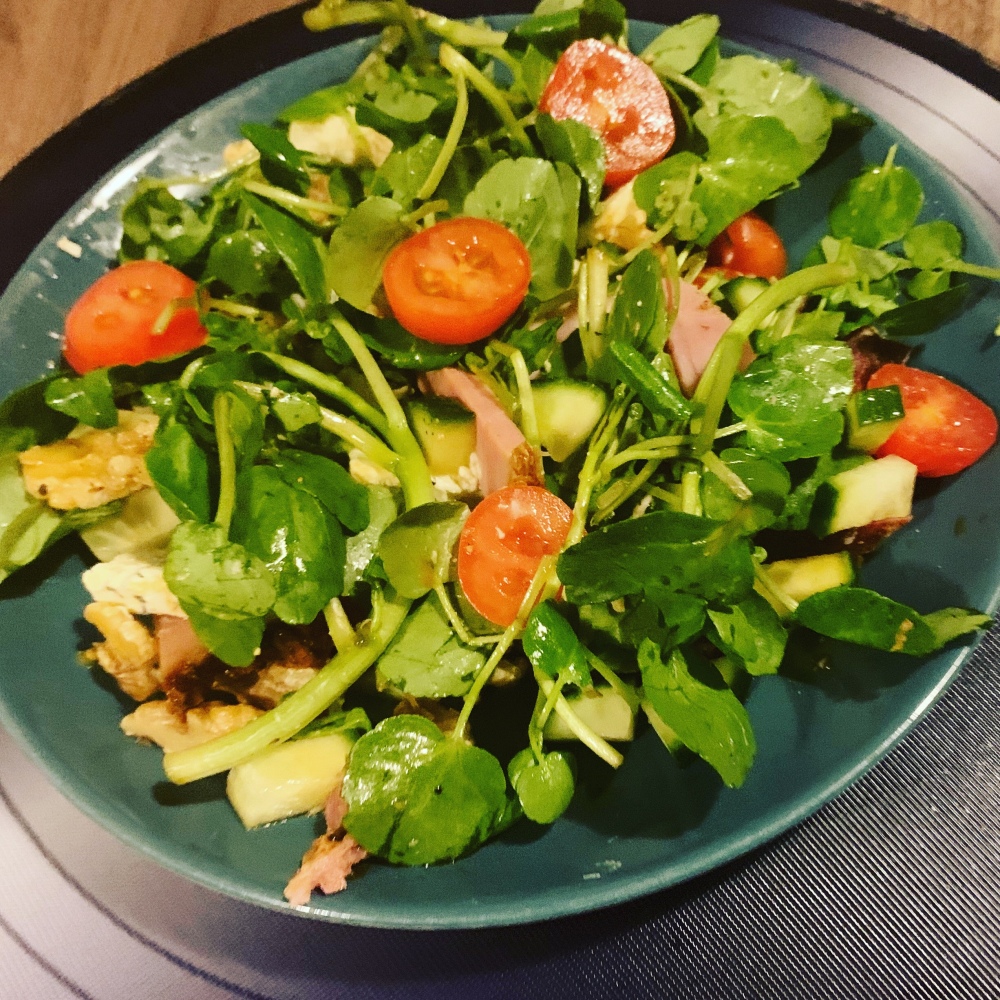 So we will be eating leftovers forever but as we don’t do waste (and with 3 dogs never have to) I did smuggle in my all time favourite bubble and squeak which dealt with all the leftover veggies,gravy and some of the turkey… 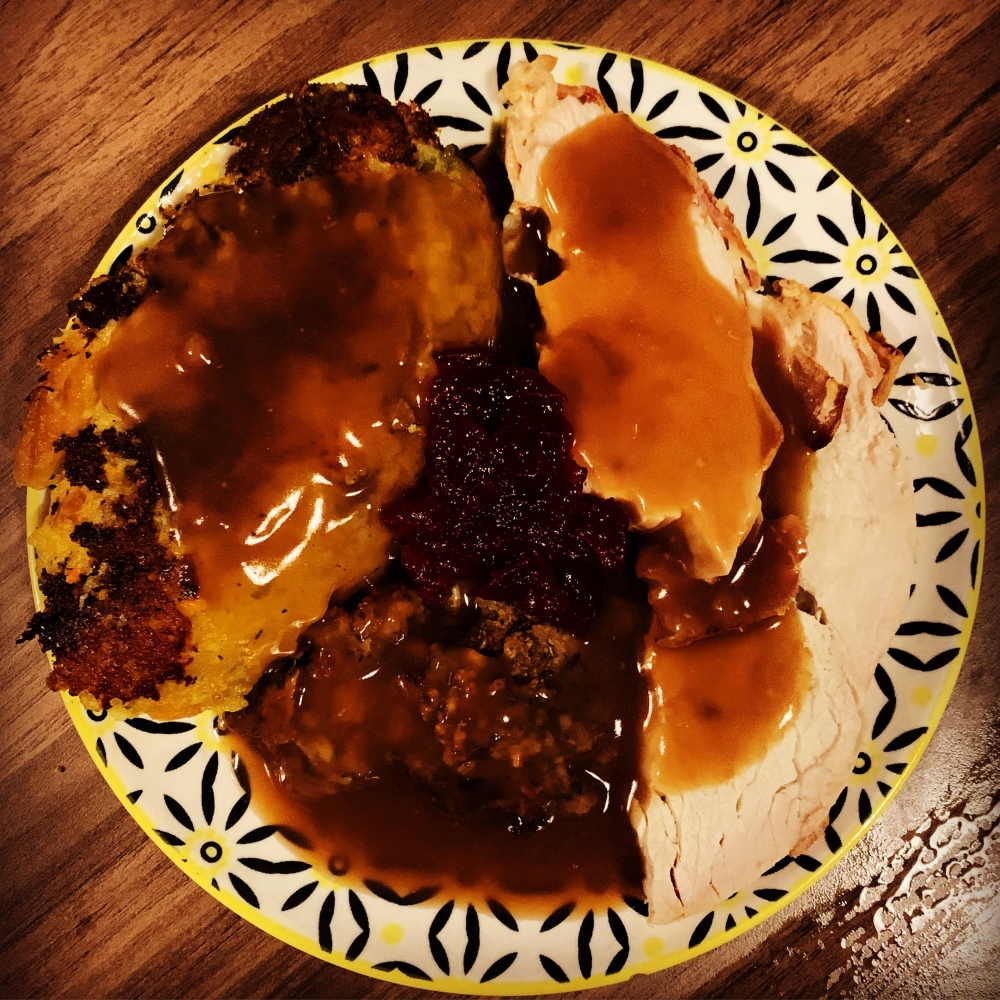 So there you have it. It is possible to enjoy Christmas after bariatric surgery. It does need some organising and you don’t have to feel cheated.

I didn’t once think ‘I shouldn’t be having this’ NOR did I feel jealous of what hubby was having, in fact I think I had the better food, and I didn’t put an ounce on over Christmas which would have been an impossible ask just 2 years ago!!

If you are worried about celebrations post surgery I hope this post has helped, and maybe let me know any top tips you have.